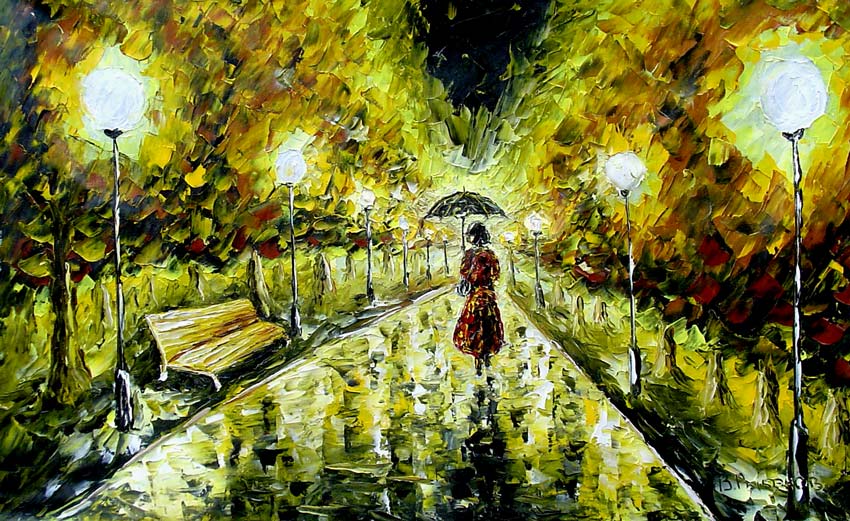 A byzantine man with a steady income he sits in that same seat, cradling his drink, waiting for this mystifying lady. Being Friday, it was pretty damn early, splotches of the hasty retreat of the sun still lingering. Dance floor empty, the DJ was just beginning, testing out this nights selection, one headphone on ear, letting his fingers play along the controls and knobs. Club vacant, V.I.P spots daunting, she strolls with an easy grin, worn out university bag over shoulder, messy bun, she makes her way to the DJ booth, shedding rain coat, rolling up her sleeves. Leaning back the byzantine man recalls every step taken; she’d lean in and make that same request, take off her shoes, walk to the middle of the dance floor with arms over head, eyes closed, steady breathing, feet shoulder length apart, already loose tendrils of hair slipping. The lonely snare beats out the speakers, then the lyrics.

Strings underlying words of the song, her lips recite as she gently sways, a wave beginning from her raised arms, neck, slim shoulders, midsection, ending at the tips of her toes.

It wasn’t a dance of seduction, but one of reflection.
The dance floor was now engulfed in moody lights,
shades of blue sliding over her body, she gracefully moving through the prism,
softly mouthing the words.

Many times men have tried to ease their way into having her accept their arms, but she, not missing a step, shyly nods in their direction, humbly rejecting their invitation. From the way she flicks her wrists, moves her hips, closes her eyes, she dons the ‘I dance alone’ classification, not because she’s too proud, but because she doesn’t know how to trust herself with any man… or anyone.

Self professed, profound
Till the chips were down
Though you’re a gambling man
Love is a losing hand

What a beautiful vibe she possessed and he was indeed bewitched. Never dancing the same dance to this song, and although he may have heard it more than a countless times, it baffled him how she could go beyond the apparent rhythm, discovering cracks, creating steps on a whim, when she put it together it left him dizzy with aspiration.

She dances to embrace, not to run away. Letting the rest of her hair down, sweat soaks her shirt between her shoulder blades. She smiles to herself as she reaches that knowing place; that hard sought spot where logic slows down, where she can finally tune herself and doubts out, everything and nothing that people continually wanna shove and insist on her being, silence the urgency & restlessness her heart keeps beating, the cry of distress & fury at man kinds malice not worth repeating, to only let the simple two point rhythm console, her self-healing.

Watching her like this, he realizes this was the type of music that could wash your troubles away. Having witnessed this dance for the past several months, every Friday, same time same place, unknowingly he has become a part of the routine, and now it was undoubtedly his form of therapy, his form of self-outer-inner-rumination. Finishing the dance she hastily puts up her hair, wears her shoes and rain jacket, picks her bag and blows a kiss to the DJ as she dodges the incoming loud mouthed, barely dressed and barely legal broads. He contemplates of getting up, lightly grabbing her elbow and introducing himself, offer her a drink and if she declined because she doesn’t well all the more better he’d invite her for coffee, make her laugh as he coyly recounts to her how he had first noticed her, and without him knowing reveal things he hasn’t told anyone, tiny insignificant memories that only she would appreciate, numerous nights hearing her voice at the end of the receiver, Birthday, Valentine, Whenever gifts & flowers he would shower her, incalculable moments when they both would share that silence, him running the back of his fingers on the side of her neck as he tenderly guides her frame with his complementing steps, she counting out the ways of how truly blessed she was to have hi… glumly staring down at his drink he takes the last bitter swig. Her retreating back has almost disappeared among the incoming crowd, loud incomprehensible music beating at his head. His eyes can barely tolerate the grinding and vulgar booty shakin’ now splashed across the dance floor. Giving a heavy sigh he reaches for his umbrella as he throws a tip. Standing outside in the drizzle he doesn’t bother to open his umbrella, hoping to catch a glimpse of this mystifying lady. But as all things in his life he waits just long enough before it was a little too late, and anyway what’s the rush, there’s always next Friday… same time same place.

iThere are no comments

What you see here are some rather old, & some rather new pieces of mine. Some fiction & some non-fiction. In this space I can lay down this heavy atlas, stretch out my aching shoulders and crooked spine, stand & just… breath.

So I welcome myself, welcome you, invite you to rummage through these works, & I hope you leave with something, anything after reading my words.

Pieces by NubianQ is licensed under a Creative Commons Attribution-NonCommercial-NoDerivs 3.0 Unported License.

© NubianQ and nubianq.com, 2009-2020 Unauthorized use and/or duplication of this material without express and written permission from this site’s author and/or owner is strictly prohibited. Excerpts and links may be used, provided that full and clear credit is given to NubianQ and nubianq.com with appropriate and specific direction to the original content.

Begin typing your search above and press return to search. Press Esc to cancel.