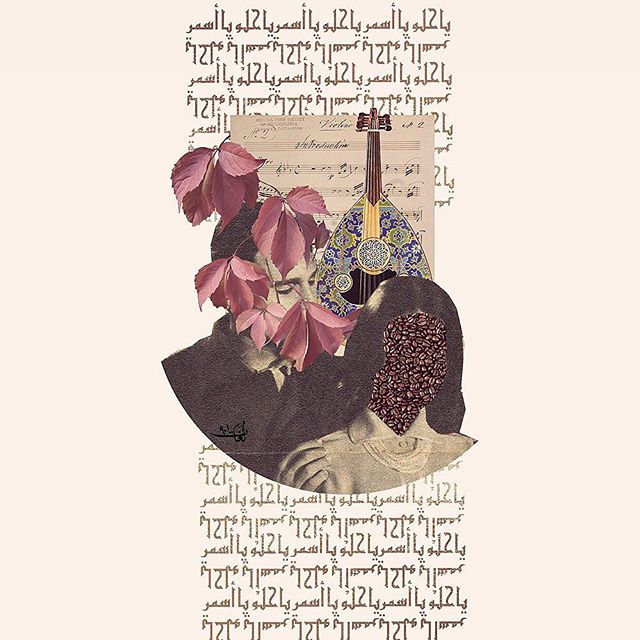 She barely hides her smile as she unfastens her earrings. Reaching for the lights she lets the end of her toub slide across the floor, a tease for him though he wasn’t even paying attention. Already sitting on the edge of the bed he lets out a sigh, clenching and unclenching his hand. With a grin full of mirth she gives her back to him, playfully letting the toub fall to reveal her neck and shoulders.

At this he’d usually begin his ‘unwrap the mummy’ game, but tonight he only deftly unhooks her necklace and without looking places it in her jewelry box, letting his fingers linger on her skin before returning to sit and restlessly run his hand across the bed sheets. This doesn’t bother her but only widens her grin. Having done this for more than twenty years she easily manages the yards of fabric into an almost perfect square while her eyes are still trained on his frame. Heading to the bathroom she washes her face from makeup, and just before giving a final pat from a towel she realizes everything had changed.

Time had finally caught up with them.

She easily slides onto the bed to rest her body against his back, perching her chin on his shoulder waiting till their breathing matched. She chooses her words carefully while trying to keep her smile out of her voice.

Tonight a young man had come to their home, sat in their living room, slowly sipped his drink & with a slight tremor to his voice had asked for the hand of their daughter.

– There might be many other nights similar to this one, but I get the feeling this may be a unique and one of a kind kinda nights…

She throws back her head and laughs, hoping her husband would feel the joy from the vibrations of her body. Hugging him tighter she drops a kiss to his shoulder.

– Darling this is no funeral!

Gently tilting her husbands face towards hers she looks seriously into his eyes, noticing the wrinkles and gray hairs.

– Our baby, our sweetheart… your daughter has grown and I know…

Touching her forehead to his she reaffirms her words.

– I know… that it scares you. But its time her baba leave the diapers and bless his daughter with a wedding!

He turns away and rests his elbows to his knees, distractedly rubbing at his already shadowing jaw. Letting out a startled laugh she firmly rubs his back.

– Am thinking the wedding will be within a year… maybe earlier since I am more than positive this is not the first time that young man met our daughter… kinda reminds me of your claim when you came to my parents… what was it?

No answer from her husband. Giving a sharp pat to his back, she gives him a shake.

– Come on! You’ll be crying the loudest at the wedding!

She pauses and leans closer, sliding her arms around his waist, asking him to speak louder.

– I said there won’t be a wedding. Not to that boy.

Chuckling she rests her cheek to his.

– You don’t even know who that ‘boy’ is… and there isn’t a choice, our daughter has taken a fancy to him and we need to support her… though I think its quite cute of you acting as the jealous, overprotective type

– My answer is final

The wife loosens her arms with a confused look. Her husband stares seriously into space.

– He doesn’t meet the standards.

Moving away from her husband to sit beside him but with space between them, she slowly speaks while ticking off her fingers.

– He is a Muslim. Has a job and a flat. Well spoken and educated. Close to his family… and oh yes… a Sudanese

– There is more to it. That’s just the surface… you wouldn’t understand

– Speak your mind I am your wife

– His mother is a divorcee…

– He wasn’t raised by a father…

– His lineage is questionable

– We can’t think just for the immediate future, but that of our children’s children, these things don’t necessarily show immediately but in later generations… that is not fair to them… it’s something you might not understand now… but believe me

Silence engulfs the room. He turns to his wife, who wears a blank expression.

Hesitantly he reaches for her hand.

What you see here are some rather old, & some rather new pieces of mine. Some fiction & some non-fiction. In this space I can lay down this heavy atlas, stretch out my aching shoulders and crooked spine, stand & just… breath.

So I welcome myself, welcome you, invite you to rummage through these works, & I hope you leave with something, anything after reading my words.

Pieces by NubianQ is licensed under a Creative Commons Attribution-NonCommercial-NoDerivs 3.0 Unported License.

© NubianQ and nubianq.com, 2009-2020 Unauthorized use and/or duplication of this material without express and written permission from this site’s author and/or owner is strictly prohibited. Excerpts and links may be used, provided that full and clear credit is given to NubianQ and nubianq.com with appropriate and specific direction to the original content.

Begin typing your search above and press return to search. Press Esc to cancel.